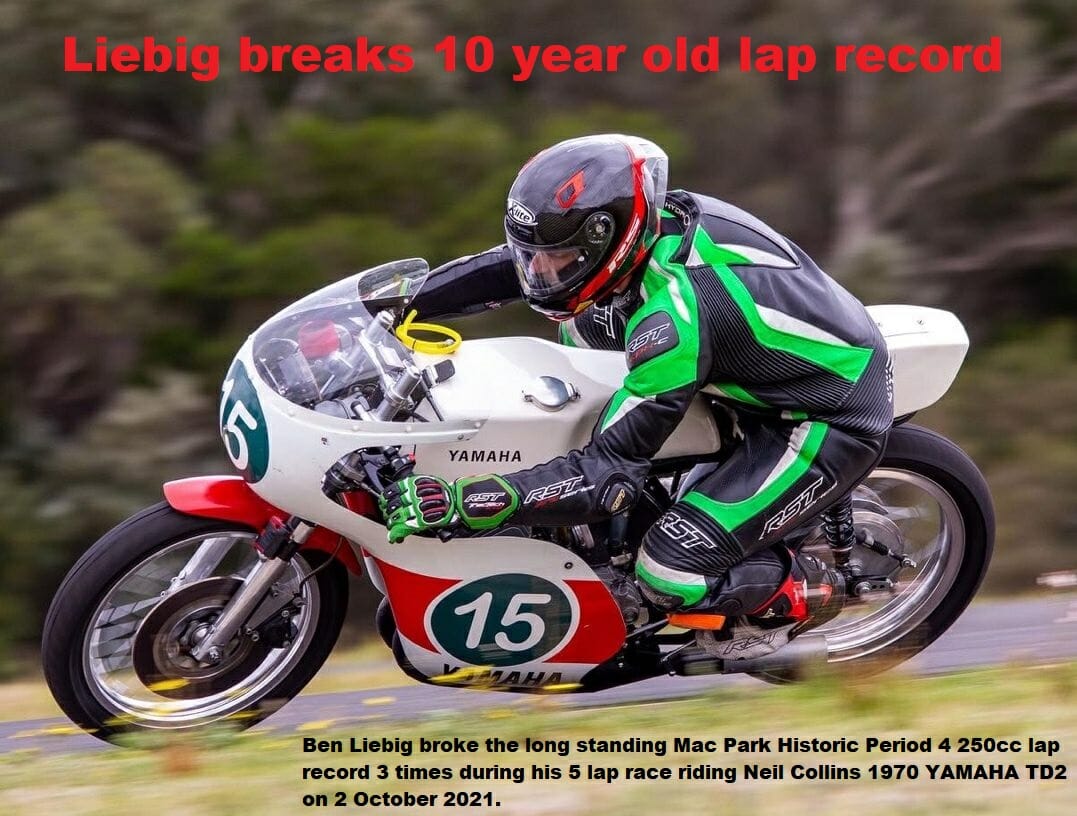 The first weekend of October saw racers return to Mac Park for the ever popular Master of Mac Park. Due to low numbers of interstate competitors, Historic bikes once again returned to the fray .

For many years Club member Neil Collins has dedicated himself to producing a competitive and extremely well presented racing Yamaha. The bike in question is a 1970 TD2. The 250cc GP machine made popular by the likes of Jarno Saarinen, Rod Gould and Aussie Kel Carruthers who won the 1970 IOM Junior TT on his TD2.

After many years, several riders and countless modifications, Ben Liebig was the one who after just a few laps smashed the long standing lap record. 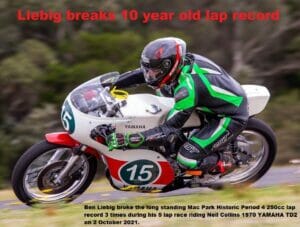